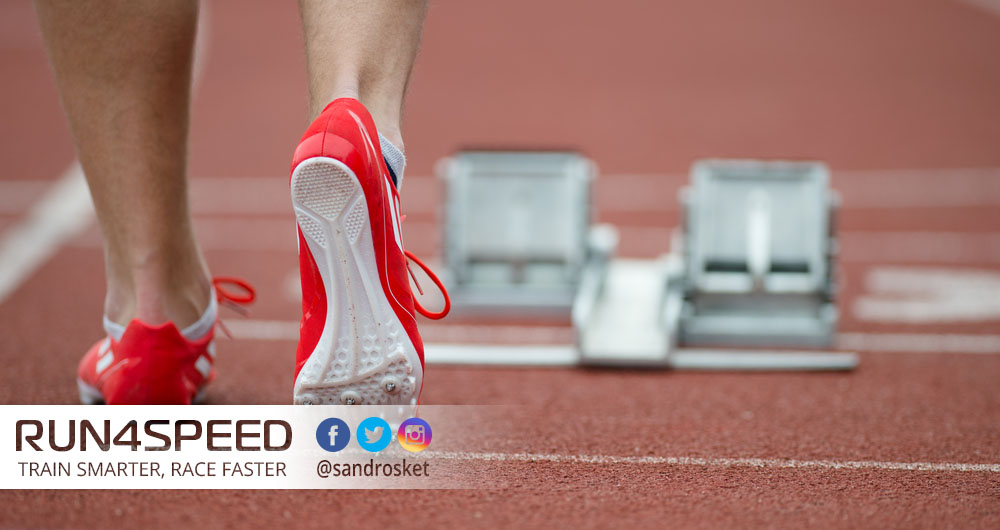 We think of distance running as primarily an endurance affair. While that is true many runners falsely believe distance running doesn’t require speedwork. But there’s empiric evidence that if you lined up 100 endurance runners according to their 10K times, and they rearranged themselves based on their 100m sprint times, the two lines would look strikingly similar.

“Speed is not a by-product of increased mileage.”

THE IMPORTANCE OF NEUROMUSCULAR POWER

As a distance runner, you are probably obsessed with endurance, not maximal speed over short distances. So why does it matter? The reason is your capacity to perform well in the extremely important VO2max training sessions. Without a solid base of maximal speed, you will be challenged by speed to perform at your best in VO2max interval training. Simple as that.

Now, you don’t need a world-class sprint performance to make it in distance running. (And you wouldn’t want to, as a sprinters’ muscles have a poor capacity to utilize oxygen). But you do need a solid foundation of neuromuscular recruitment if you want to get to another level as a long distance runner. This is a limitation most runners don’t pay enough attention to in my opinion.

Case in point: after a long period of competing in 10K races with stellar performances I decided to take on the 400m sprint. So I cut my easy mileage in half and replaced my tempo and VO2max sessions with sprints (40m, 100m, 150m, 300m – all faster than 800m race pace). The surprising result after 12 weeks of training: My VO2max didn’t drop. Instead, it rose from 65l/kg/min to 67l/kg/min.

Now it’s unlikely that my maximum oxygen uptake increased. That’s physiologically not possible on a sprint training program. But stride rate and stride length went through the roof due to increased neuromuscular recruitment. That’s the direct result of a significant upgrade in running economy. Unfortunately, most distance runners never run faster than 5K pace.

Strength training pays big dividends to upgrade maximal running speed. But not just any strength training. Avoid machines that isolate movements and focus on compound exercises specific to running; e.g: weighted forward and backward lunges. The more the movements resemble the actual running motion, the better. Keep in mind that your core muscles are also highly engaged in running.

Plyometrics is the logical next step after a foundation of strength has been established. The rationale behind plyometrics is to train your body to apply force rapidly – as required in running. Your ground contact times will decrease, and therefore, stride rate will increase. Split jumps, box jumps, one-legged vertical jumps etc. are all valid exercises. Twice a week 2 – 3 exercises will suffice.

High-speed uphill and downhill running on slightly inclined surfaces is a very specific way to increase neuromuscular power. Keep repetitions short (10 – 15 seconds) with long rest periods in between to avoid the buildup of lactic acid, which could negatively affect subsequent training sessions. 5 – 10 repetitions are enough to ignite the stimulus required for the necessary adaptations.

Track repetitions are the most specific type of training a distance runner can do to upgrade neuromuscular power. Keep in mind that sprints require a foundation strength and explosiveness. 400s at 1500m pace and 200s @800m pace are suitable. Always use a flying start to minimize the risk of injury and don’t forget to warm up for at least 20min before you engage in this type of training.

Having said all that, you don’t have to turn into a sprinter to reap the benefits. A “more-is-better” mentality, so common with us distance runners, is the wrong approach. Some additions of the above-mentioned exercises to your regular routine will go a long way. Introduce new training modes slowly starting with strength training and then transition to more explosive types of exercises.