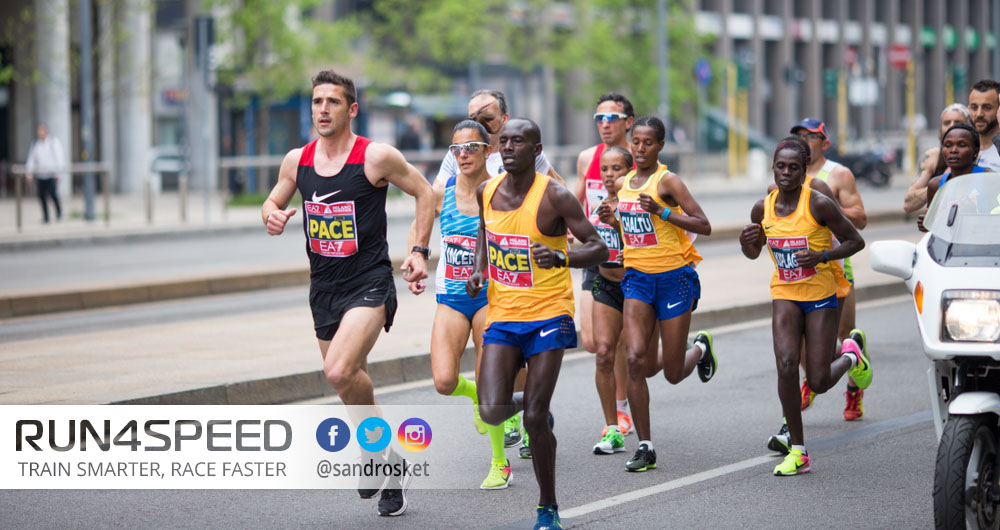 Lactate threshold training is an important aspect of goal-oriented running. The higher your lactate threshold, the longer you can ‘hang in there’ at your races. But like training any physiological system, doing the same LT workouts over and over again – or at the wrong time – will have you stagnate at some point. This article will show you how to approach it like a pro-athlete.

“A high lactate threshold lets you access more of your VO2max.”

We often use the words endurance, stamina, and speed when we describe our ability as long-distance runners. While endurance and speed are self-explanatory, stamina is the ability to sustain a moderate effort for a longer duration. Or in other words, it’s your capability to connect your endurance with your speed, which is crucial for races distances from the 5K to the marathon.

In exercise science, we speak of the lactate threshold. In short, your ability to utilize lactic acid as a fuel and to clear it from your system as fast as possible to prevent acidosis inhibiting muscle contraction. For trained runners that’s roughly the 1-hour race pace and corresponds to a blood lactate level of 4mmol/l. Above this value, your body can’t clear lactate as fast as it is produced.

Any workout faster than marathon pace should be preceded by a thorough warm-up of at least 10 minutes. Ideally, this followed by some running drills and a few strides. Not only does this reduce your risk of injury, it revvs your body for a better workout too. You will also want to include 5 – 10 minutes of easy jogging after your workout as a cool-down to return your body to homeostasis.

Steady state runs are in the range of your half marathon to slightly faster than marathon pace (1:20:00 – 2:30:00) . They typically last between 30 to 90 minutes. The main goal here isn’t to run this workout increasingly faster. Rather focus on extending the duration of this workout over time. This is basically the direct endurance support for the faster tempo runs.

Tempo runs are in the range of your 10K – half marathon race pace (40:00 – 75:00 race pace). They typically last between 15 to 40 minutes. Here, too, the emphasis should be on gradually extending the duration of this workout over a period of weeks rather than increasing the speed. Though, fast-twitch runners should limit the duration of this workout to a maximum of 30 minutes.

Cruise intervals are in the range of your 5K/10K – 15K race pace (30:00 – 60:00 race pace) Each intervals lasts between 6 and 15 minutes. This serves as the direct speed support for the slightly slower tempo runs. This pace range is also very beneficial for 5K and 10K runners as it’s highly race-specific. Keep the recovery jogs relatively short (1 – 3 minutes) to ensure the training effect.

In summary: Don’t just stick to the classic tempo run. The direct endurance support from steady state runs and the direct speed support from cruise intervals will eventually improve your capability at your lactate threshold – and with it your performance from the 5K to the marathon. As a rule of thumb,  the sequence of progression is from general to race-specific, according to your race distance.