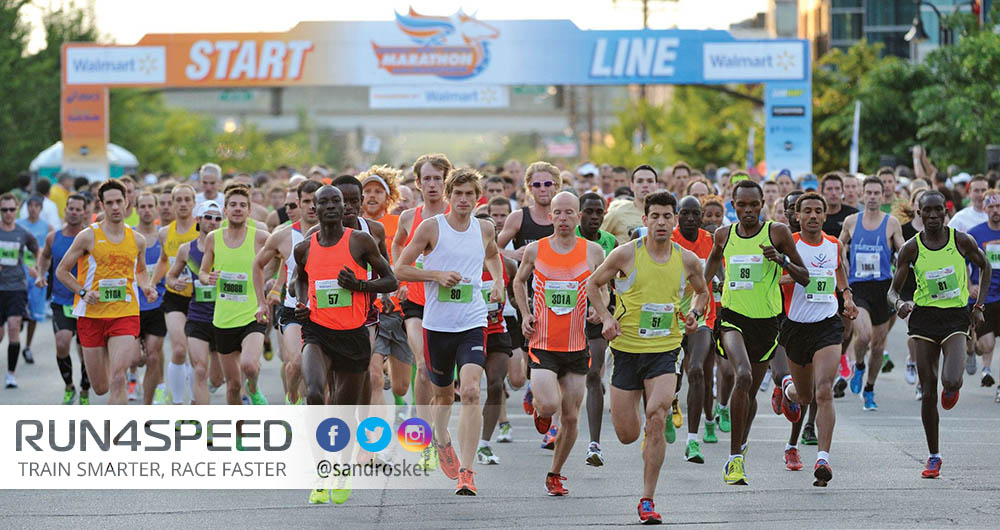 Base Training for Running: Developing Speed and Endurance

Base training for running matters. All too often runners reach a ceiling in their lactate threshold, VO2max, or race-specific workouts in later training cycles because their insufficient base doesn’t allow them to reach higher. Yet base training is the least demanding of all training phases. For that reason, it can also serve as off-season training during winter or as an aerobic refresh after long stretches of race-specific training.

“Base training for running emphasizes the fundamentals. “

The Fundamentals In Theory

Base training is the first phase in the build-up to a peak performance in the 5K, 10K, half-marathon, or the marathon. You can describe its purpose as training to get ready for real training. In other words, base training is about developing aerobic fitness and neuromuscular fitness. Only if those two abilities are on a solid footing you can maximize your lactate threshold, VO2max, and ultimately the race-specific pace for your event.

Strictly speaking, aerobic fitness incorporates zone 2 training (easy runs) all the way up to zone 5 training (VO2max). But the base of aerobic fitness is easy running and to some extent, moderate running that is still well below your lactate threshold. This develops the necessary endurance to withstand longer interval and threshold work in the following training cycles. Without a solid aerobic base, your entire race season will be compromised.

Neuromuscular fitness, on the other hand, is the polar opposite of aerobic fitness. Here the focus is on laying a foundation of general speed. If you neglect this type of training during your base phase you may have the lungs to run intervals at 1500m – 5K race pace, but you won’t have the legs for it. That holds even true for marathon runners who also depend on a certain amount of VO2max training if they want to race at their very best.

At this point, you may ask yourself what happens to the middle intensities during the base phase. I suggest you de-emphasize lactate threshold and VO2max training instead of omitting it entirely. This way it won’t be a shock to your system to introduce this type of work at a later point. But you don’t fall into the trap of overdoing those demanding intensities at this stage either. Save your mental and physical prowess for when it matters.

Base Training In Practice

The length of your base training depends on your current fitness level. If you have been training consistently year-round without large drops in running mileage then you may only need 4 – 6 weeks. If you’ve had a break you may need 8 – 12 weeks to rebuild your base. Err on the side of caution when increasing your weekly mileage. It’s always better to run somewhat less than optimal and staying clear of injuries than being overly ambitious but sidelined.

The foundation of aerobic fitness can be developed in a variety of ways. The first is, as just mentioned, by way of increasing weekly mileage. You can either introduce 1 or 2 additional runs or make your existing runs slightly longer. The other option is ramping up the intensity to zone 3 (steady-state) for a segment of your easy runs. Your weekend long run should be about 50 percent longer than your midweek easy run. No monster long runs at this stage.

Developing the foundation of neuromuscular fitness should begin with short hill sprints. Hill sprints build enormous muscular strength specific to running without the high landing forces of running on flat terrain. This strengthening leads to more injury-resilience. Nevertheless, start conservatively with 2 or 3 reps during an easy run and build up to 10 – 12 reps per session once or twice a week. This is the pre-conditioning for fast intervals on the flat.

VO2max and lactate threshold training are optional during the base phase. What I recommend is touching upon those intensities every second week. But instead of running a continuous 4-mile (6km) threshold workout, you could run 3x 1 mile (3x 1600m or 2 x 2000m) at threshold pace with 1-minute jogging recoveries. Similarly, a 5x 1000m VO2max workout at 5K pace can become 10x 400m at 5K pace with 200m jogging recoveries instead.

In summary: Base training for running isn’t optional, it’s a necessity. Without a solid foundation of general endurance and general speed early in your training cycle, your progress will be limited regardless of the effort you put in at later stages. The most important workouts of base training are easy runs, long runs, steady-state runs, and hill sprints. Touching upon other intensities occasionally is recommended but not mandatory.